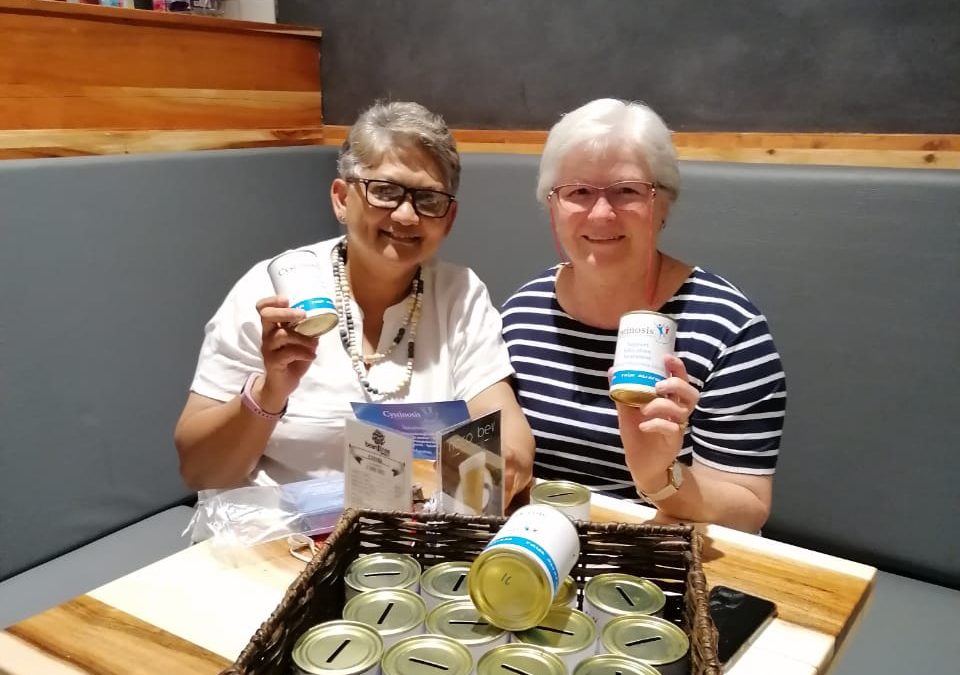 The Board of the Cystinosis Foundation South Africa were very excited when Gail was approached by the owner/manager of the van Riebeeckshof Spar in van Riebeeckshof, asking if we would like to place “small change tins” at their 9 check-out tills.

We gratefully accepted the offer because not only will this raise awareness of Cystinosis, but the money raised will be used to raise awareness as well. They also agreed to place some Cystinosis information brochures with the tins at the check-outs. 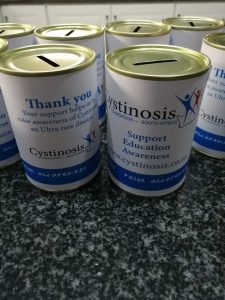 Gail sprang into action and bought the tins needed as well as the labels that would go around them, and they were delivered to the Spar on the 23rd October 2020. They have also taken the initiative to place some tins at the Vierlanden Kwik Spar in Durbanville.

At the same time, we ordered additional tins and hope to distribute these to the many “Friends of Cystinosis”, as well as to those who attend our High Tea Fundraiser each year, in order for them to be used for the same purpose in their homes and work places
Once again, a very big thanks you to Fritz and Dina Vleggaar of the van Riekeeckshof Spar for considering us.