THE HIGHLIGHT OF OUR YEAR 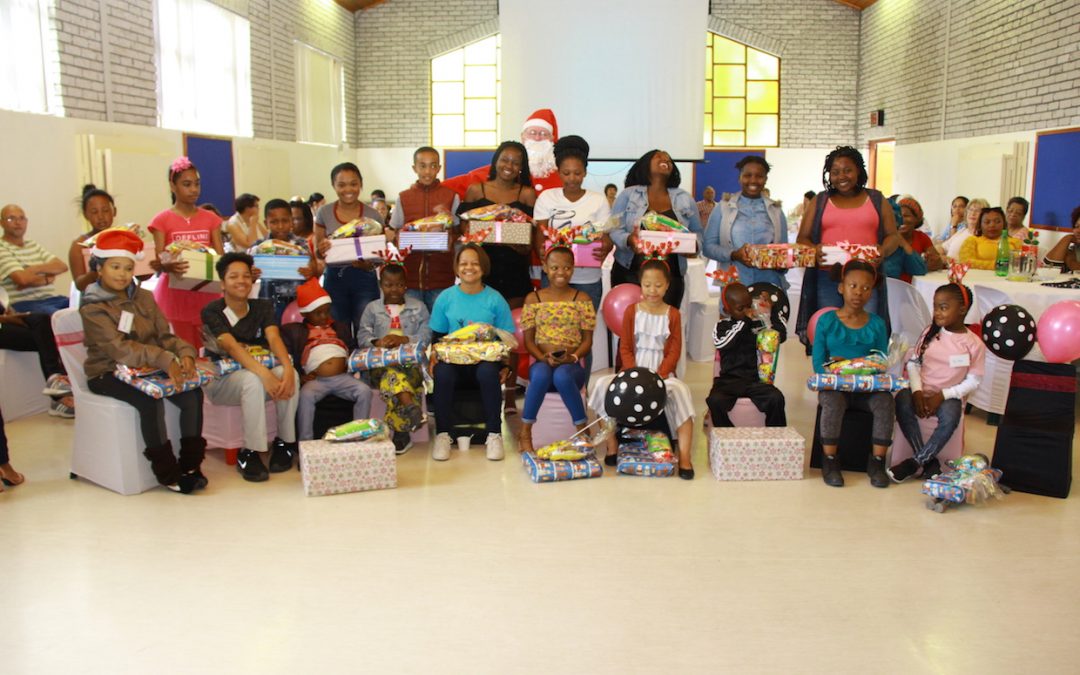 It is with great excitement that the Board get together every year to plan our annual Family Gathering.

We really try to spoil our families as they make a lot of effort to attend. We had  12  families attend out of 18 families that we have. We welcomed them with eats and drinks and allow them to greet those that they have been in contact with during the year via whatsApp. It is heart-warming to see the friendships that have formed. The children were entertained while the parents had a Session with Gail. Everyone was welcomed and a devotion and prayer said by Rose Stevens. We remembered Stefan Adonis who sadly passed away in June 2018 at the age of 20 years.  Gail shared with the parents a DVD she had taken from the International Conference that she attended in Berlin in June. 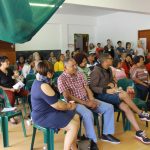 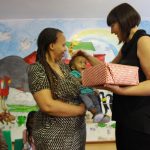 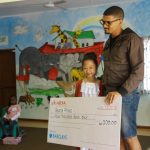 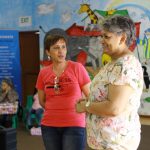 The conference was a great encouragement to our parents to see that there were a lot of graduates and even a marriage. The message that came across was that these children/adults could lead relatively normal lives if they just comply, comply, comply. We then had our own panel: Danielle, 25, who is running her own coffee shop, Sibonile, 19, who completed matric last year and is studying Management through Unisa and Tarique who matriculated this year and is still applying at colleges and varsity for I.T. Studies. They were questioned and once again the importance of compliance was highlighted. The one thing they would all change is the taste of the Cysteamine. Dr Buisson, the Paediatric nephrologist from Tygerberg Hospital, agreed with them and said they are working on trying to get it into capsule form. These sessions are a real encouragement for the moms who can share their struggles as they are the ones who are living with them. The children then join everyone and Gail then welcomed any guests and friends that had joined us. The children all received a special reward presented by Dr. Christel DuBuisson.  We are grateful for the various Bible Study Groups and friends had made up love boxes. Myrna then awarded the Empatheia award to Ouma and her husband in her best afrikaans to thank “Ouma” Sarie and Mr Draai for the love, care and devotion that they gave to Stefan. The Draai’s have fostered 10 other children over time. The Empatheia award is given to those who have lost a child in the year so they know we feel their pain and will not forget them. Dane then handed over the Macedonian award to Beyonce Prinsloo. The Macedonian award was Dane’s idea borne out of the idea to help a child that is struggling at school because of monetary restraints.

A prayer and grace was then said by David Stevens and we retired to the hall which is always beautifully decorated by Rose Fortuin, for our special lunch. Gammon, silverside, chicken, bean, pasta and a green salad followed by trifle and ice cream with sprinkles. Father Christmas was then called and arrived with a huge bag of toys for the children. Always great excitement to see the anticipation in the little one’s faces. Father Christmas also gave the parents a box of biscuits and a voucher which we hope will help them through the Christmas season. The helpers were also given a gift to show our appreciation of their help. The day ended with a piece of cake and takeaways for our families who had a long way to return home with tired little ones.

Our faithful “lifters” then took the families back to Cape Gate where they get on taxis and go back to their homes. How does one sum up this joyous occasion? We can only thank God for His faithful provision and are thankful that He is in control. 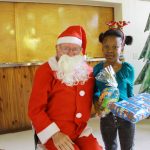 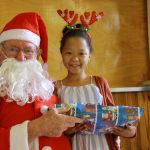 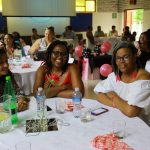 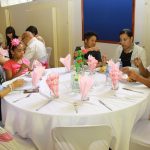 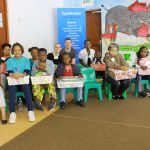 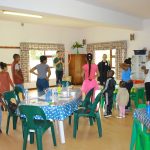 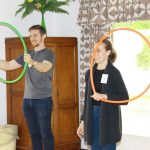 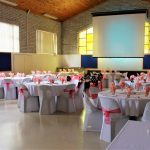